Why I decided to start a digital marketing agency

Spoiler: I didn't mean to

Picture: From CSD during the Berlin phase of this tale

There's usually a million and one different reasons why things like this happen. I've got a good idea of the top two main reasons, but there were definitely others:

The story is probably much more interesting than the two reasons I've listed above, so I'll try my best to tell that instead.

Background To This Tale

I always thought I was going to grow up to work with young people. In my youth, I spent a lot of time working in various communities and groups to empower and encourage young people. I have seen and felt first hand the power good mentors could have on young people, and I aspired to be one in my professional life. The ultimate way to give back, I thought, was becoming a secondary school teacher, so that's what I aspired to.

How I became a terrible teacher

Long story short, I was a fucking terrible teacher, and it made me depressed. I have said before to friends and family it was the system, it wasn't my fault, but looking back now, I think that was a lie I was telling myself to help me feel better.

I was just not cut out for it. I was never the most obedient of students. I disliked the structure of school; it was pretty dull and seemed so formulaic to me most of the time. I don't know why I thought going back as a teacher would change that for me.

The fact that you are overworked to within an inch of your life also wasn't thrilling. Any chance you spotted to actually be creative in the role was stifled with stacks of paperwork and scrutiny for the great overlord OFSTED.

Good teachers are incredible people, and I wish I could have stuck at it, but I cut my losses as well as my students and moved on.

Leaving teaching and starting a company with my mum

After what I considered a colossal failure on my part, I decided to switch gears. This was a time I felt quite depressed and demotivated; I was lacking direction. During the last few weeks of teaching, I desperately searched for something to grab on to professionally. Maybe start a business? That could be an out that would be fun?

The problem was I didn't know the first place to start; what the hell kind of business would it be, how do you even go about something as massive as that?

Seemed a bit scary, a little bit hard, so I must be along the right tracks.

I decided one weekend to lock myself away in my room in a shared flat in Jesmond. I bought a pack of cigarettes (since quit if you're reading this mother) a few libations and told myself I wasn't allowed to see the light of day until I had come up with something.

It didn't take long, thank god. Our cleaner was whipping about in the hallways that afternoon and was making some serious noise. At the same time, I had just stumbled upon an online cleaning startup in America that had been smashing it. Bit of a coincidence...

They had a great model of allowing customers to book online by the size of their house, all without having to pick up the phone or invite someone round to quote the house.

I then looked at the competition in Newcastle, it wasn't great. I struggled to even get a quote for a clean, let alone book something online. Maid Up North was born, which would be the Uber for cleaners in Newcastle.

I started this with my absolute legend of a mum, pictured below. I would do the tech, and she would be the lovely Northern Irish lady on the phone. Things started picking up steam very quickly. We now have 3 different cleaning companies across the North East. We were lucky enough to offer free cleans to charities in the North East at the start of Covid as our way to give back after 5 very successful years. 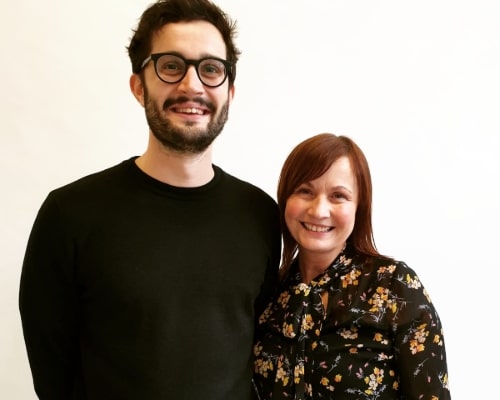 Maid Up North is where I started getting stuck in digital marketing. We began looking at SEO and how to rank in Google with help from my good friend and now colleague Liam Copping. Then I looked at advertising in Google through Pay Per Click. It was then that I stumbled across the analytics world. We were spending lots of money advertising but hadn't a clue how effective it was.

This curiosity to figure out what was happening led me to study the discipline in detail and experiment with new ideas to drive performance. Around that time, I decided that I wanted a career in digital. It seemed like a bottomless pit of new ideas and problems to solve.

From starting a cleaning business to entering the digital marketing world

As chance would have it, a local agency called Silverbean was recruiting for an analytics and optimisation consultant. I tried my hand. Even though I had no formal experience, Simon Cahill, legend and interviewer, decided to have a punt on me. The rest of this story could owe itself to his bet.

Here's a pic of the squad Simons the ginger geezer on the left, notable mentions to customer insights extraordinaire Neina centre, Stephen the tech man Shaw to the right and Captain Neil Hancock centre-right. Probably wished I did that left to right?: 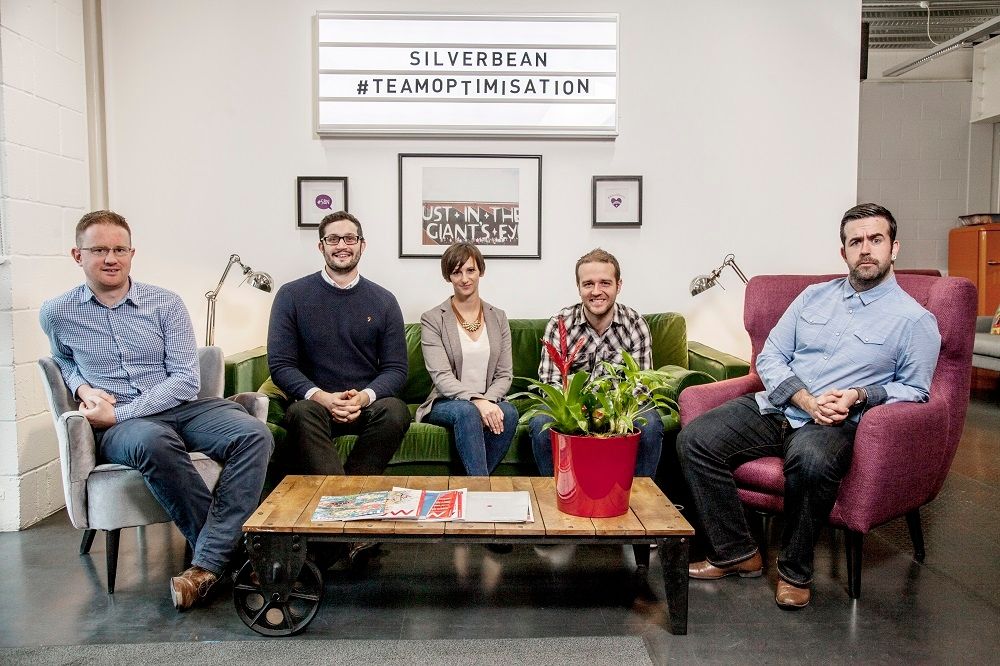 We worked across a plethora of client verticals, from massive global enterprises to sparkly new startups. I learned a lot and within a year bagged myself a cheeky promotion. We even won a RAR Award for the best optimisation campaign of the year during my first year. I loved it. I had finally found something that I enjoyed learning about and executing. I was helping people but not in the way I initially set out to do. They weren't kids but businesses supporting them? Tenuous... Whatever.

After 3 years, I decided to spread my wings to the other side of the Tyne and joined Vertu motors for a brief stint as CRO Manager. Vertu is a 3 billion a year automotive business. They have serious volume for testing and had a massive internal marketing team. I really thought this would allow me to dig into topics deeper than I had previously on agency side. Those that know me find this hilarious:

I hate cars. Vertu is corporate and moves slooooooooooooooowly. Stuffy old men in suits were lording over their kingdoms to the detriment of progress. I hate standing still and politicking. Things take a long time to get signed off at big companies, and things move slooooooooooooooowly .

This was not a good fit for me.

I didn't last long in that environment, 6 months in total, to be exact. I knew I needed to move on as I would work every day with the same feeling I had as a teacher. Things need mixing up.

Hallo Berlin and the crazy world of Pandata

At this time, my girlfriend and I decided we wanted to mix things up a little as Newcastle was all that we knew during our adult life. Silverbean, the legends that they were, took us to Berlin for the 15th birthday of the company. We loved it and decided that this was the next chapter, that beautiful city of death and rebirth. Sounded like the right place to try something new, and thankfully Marco and Wolf at the data startup Pandata liked what I had to offer.

Pandata office moving day below with Jan the Man and Leon the best kicker player in the land: 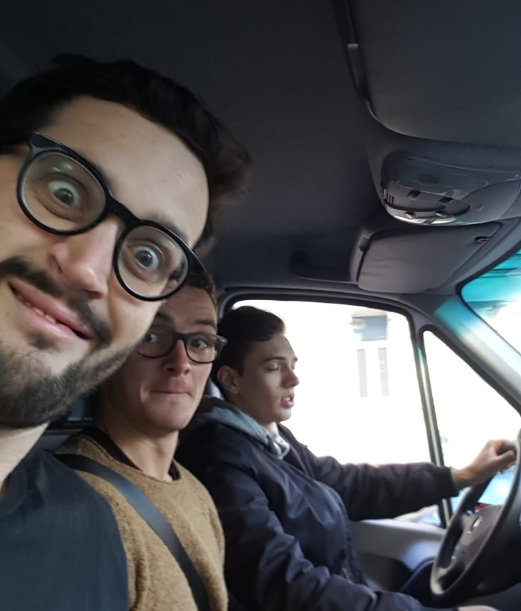 Pandata were and probably still are a wild company. One that likes to work hard and party hard. I had an absolute blast. We even had a few parties in the office with hundreds of people, a DJ, popcorn machine, amongst other things. I got exposed deeply to digital marketing data, more so than in my other companies and progressed my knowledge immensely. The guys at Pandata really know what they're doing with data. My German did not improve nearly as much. 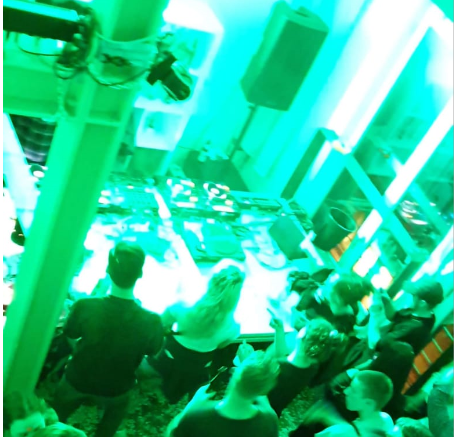 I missed talking to clients about their issues. We worked with German companies mostly, and they preferred comms in their native tongue.

The optimisation and testing I had come to love wasn't part of my role. I missed that feeling of getting big wins for clients.

I missed working solely on my own stuff as my priority.

Creating a business once before helped, so why not a second time?

During my time at Pandata I came up with a bit of a business idea that a colleague liked the sound of. We would build an automated Google Analytics audit tool. We were buzzed, but it needed a significant amount of work. We needed to quit our jobs at Pandata as we needed to focus on this new business as full-time work would be too much to juggle with this.

Luckily for me, I signed Boiler Plan UK as a freelance client, which allowed me to quit my day job and dive into building the tool whilst also being able to eat food. We're still working with the lovely Alison Cairns and Phil Risk to this day.

Unlike Maid Up North, things didn't go quite as well.

Unfortunately for Pascal and myself, Mr Brian Clifton https://brianclifton.com/about-brian-clifton/, a proper OG of the analytics world and Ex-Googler released the exact tool we were building after a month of us quitting our jobs.

It did everything we wanted ours to do but even better, they had spent a lot of time and a few years developing the tool, so we decided to cut our losses.

Pascal went back to work, but I knuckled down and decided to go all-in on freelancing. I was doing work I really cared about again by helping clients optimise and improve their site performance.

I was moving the needle. 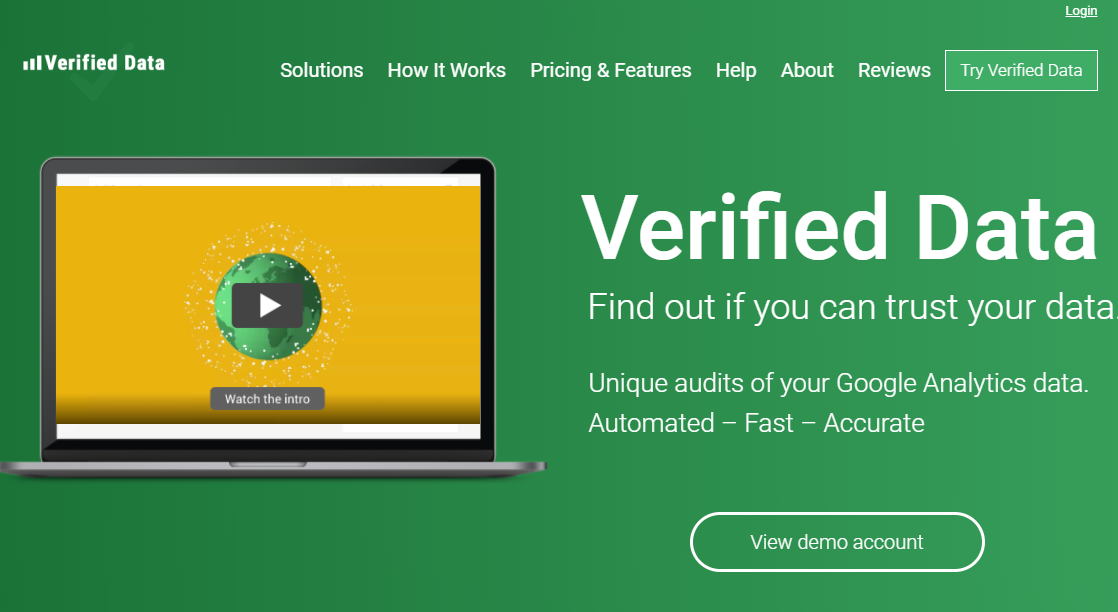 The next part I'll send you next month ;)

I'm going to be releasing this newsletter on a monthly basis. It will be a personal account of growing a business and everything that comes along with it.

Please sign up if you want to hear the rest of the story and to keep an eye on what's happening over here. I'll talk next about how we've grown to a 4 person team and the reasons why we don't want to grow past a headcount of 10. There'll be some personal challenges in there as well.

Once a month between this drivel, we'll send you a digest of the big stories and tactics you may want to apply to your own business to help them grow.

Signup is at the top of the page. I hope you enjoyed the first chapter of this tale.