⛏️ The Bugle #2 - Sink or Swim? How Bedrock was built through strategic partnerships & networking

In the previous post, I talked all about how Bedrock was born. All from the ashes of a failed business venture! If you fancy catching up, you can find it here:

Issue 1 - The Birth of Bedrock

You rejoin me here for the next chapter, where I'll talk about how we grew from a one-man-band to a triple threat digital marketing squad in year one through networking and partnerships.

The first six months of Bedrock

Truth be told, I took a relaxed stance to the start of the Bedrock adventure. I hadn't had a break for the past few years and decided now was the time. Two clients let me work around 15/20 hours a week. It was bliss. I was still in Berlin and wanted to make the most of the summer, and boy did I ever.

I knew sooner or later that I would need to decide whether I stuck with this or potentially go down another road. So I did what I assume most people else would do in my situation...

I kicked that can as far down the road as possible.

The work during this period was some of the most gratifying I had ever done. It was a mix of Conversion Rate Optimisation and Analytics. I was working with two startups, both not afraid of trying new things. They also trusted me implicitly and let me suggest whatever I thought might work.

It was work I cared about and enjoyed doing. I was having a great time. This is the Landwehrkanal near where I lived. I'd spend quite a lot of time here just reading it was a beautiful spot. 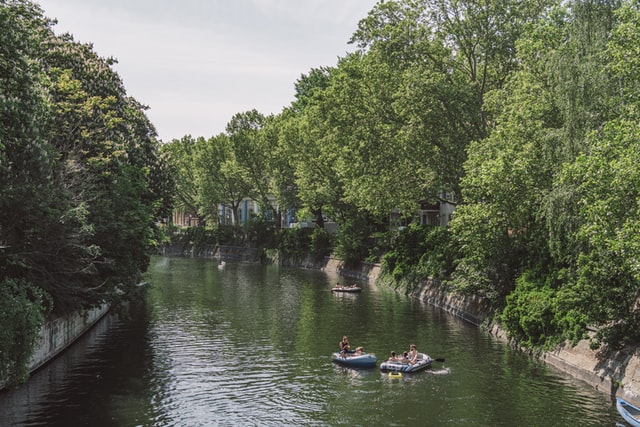 Deciding to go all-in on consulting

Like all late twenty-year-olds decisions, big decisions will usually come at the end of a rental period. They tend to, in my case, anyway.

I had been flying back and forward to the UK for client meetings during my time consulting in Berlin. It wasn't feasible for the environment, and I decided if I wanted to continue doing this, I needed to move back full time.

Continuing also meant leaving a place I had fallen in love with, but I decided my happiness in my day-to-day work was more important than schnitzel & Augustiner Helles(Picture and Spelling). Everyone has their cross to bear... 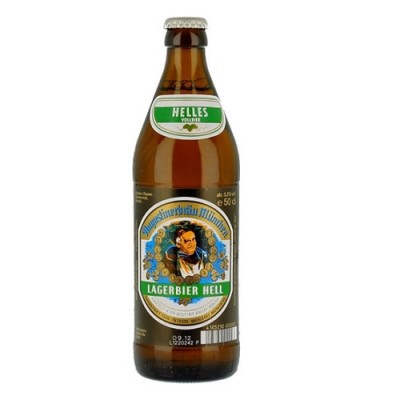 During these first six months, the only downside of working for myself was that. I was by myself. Bouncing around ideas and a bit of idle chit-chat with colleagues was something that I had sacrificed. It's hard going trying to motivate yourself when you're not part of a team. Days would go by when I yearned to move back to a bustling agency.

I decided to grow my freelancing project into a small boutique agency of 3 - 5. A little work family, if you will, of like-minded, skilled individuals who are excellent at what they do.

Salutes to those freelancers who can go it alone year after year by themselves. It is a tough life, especially if you're more socially oriented. I would advise anyone with a similar personality/disposition to think carefully before leaping into solopreneur life.

Growing the team through networking & partnerships

Moving back from Berlin was the sink or swim moment for Bedrock. If I couldn't get enough work to hire someone within six months, I'd pack it in. I decided that I'd move to London where the streets are paved with gold. 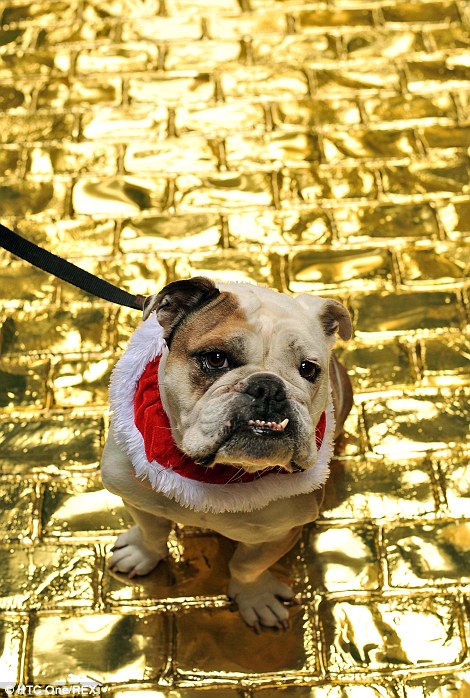 I thought it would serve two purposes:

I was wrong about both of these, and neither of them played out. Something much more unexpected happened.

Three months was the time I had left in Berlin before moving. I reached the goal of hiring one person before I even stepped foot in London. It was all through good old-fashioned networking and a bit of chance.

Landing a client from networking

In the last few months, while flying back for client meetings, I must have attended 30 or so networking events as I thought this was how you grew an agency. These were both in Berlin and Newcastle. I even ran a networking event under the CRAP talks (Conversion Rate, Analytics, and Product) umbrella, which 50 people attended!

Networking events are a pretty intimidating place, especially on the first few occasions. You hype yourself up beforehand, thinking that this will be the event I meet my next client. You rock up, clutch onto a complimentary beer, and cold approach groups of people you've never met before in your life.

What's even worse is that the chances of finding a client at these events are dramatically small. Many people are out for the same thing (rightly so). Most of the attendees probably aren't a good fit for your product, and if they are, they might not be in buying mode just yet.

Here are the three things I get out of networking but be warned, it takes a lot of dedication and time:

80% of these meetings happened in Berlin, with a few in Newcastle whenever I was there. Only the Newcastle events yield anything in terms of clients or work. One was a partnership which I'll discuss in more detail below, and the other was a direct client project for a small business.

Would I go all on networking again given a chance?

I think there are much less time-intensive ways to grow a marketing agency, some of which we're beginning to try now. I'd still recommend networking in some capacity for the points I've listed above. It's invaluable when trying to nail your elevator pitch, and I met some intensely exciting people. I wouldn't pass that up for the world.

The real growth of Bedrock came through strategic partnerships with other digital marketing agencies. We, at the time, filled a particular niche in digital marketing, which was Analytics and CRO (We've since expanded to SEO, but that's a story for the next issue). Many agencies are looking for this talent and skillset, but the number of people doing this well is tiny.

Strategic marketing agencies are not silly. They know that to improve website performance, you need to measure what the hell is happening. You also need to understand your customers, what pain points they have and construct a way to fix these systematically.

Harvard has even recently released a paper titled "Digital Experimentation and Startup Performance: Evidence from A/B Testing." They've concluded that experimentation is the appropriate framework for entrepreneurial and business strategy. The framework has been an emerging process for quite some time now, and it's not going to slow down anytime soon.

We found two agencies that had demand for these services already, Silverbean, my first agency, and another Leeds agency. I established these partnerships by reaching out to connections.

Then secondly, Cal Partners, a digital marketing agency specialising in professional service clients. This relationship began through a networking meeting at Northumbria University organised by Graham Baty, a mentor of mine for my first cleaning business.

Two of these relationships blossomed into what they are today. We are trusted strategic partners and resource for Analytics & CRO projects. These relationships provide a constant stream of opportunities for us. It allows us to leverage their already established brands as we build ours.

I was skeptical of this at first, as it seemed like the rug would be pulled out from under us at any time. These fears have never been realised, and we continue to build on these partnerships signing new client retainers and projects regularly.

These partnerships brought lots of work to Bedrock, and it allowed me to hire Richard Dennis. An old colleague who quickly became a great friend during my time at a previous agency.

Having worked together before, he was the perfect fit. I had even helped train him! We had lots of analytics work happening, and he is one of the best engineers I know. He's undoubtedly the most fun. 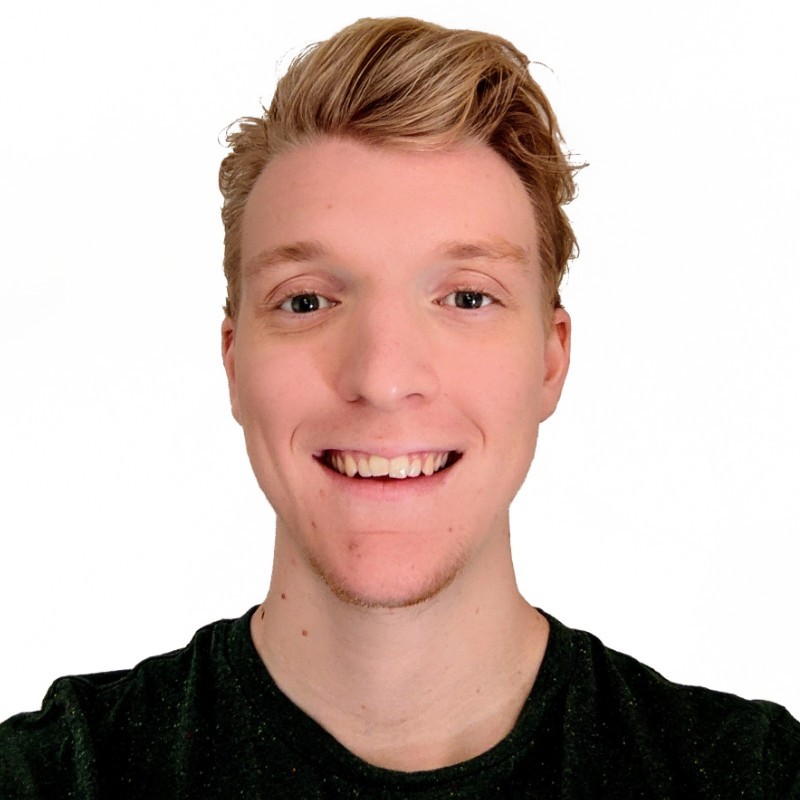 My day-to-day became a lot more enjoyable as soon as Rich joined. It was great to bounce ideas off someone else, and it opened up the size and scope of projects we could take on.

I had made the correct call on deciding to double down on the agency and grow the team.

If two were good, surely three would be even better?

Growing through Covid and our next hire

In the next issue, I'll be talking about how we fared during Covid and grew to a company of three. Make sure you sign up for our newsletter so that you don't miss the next issue.